Last week we whiteness the materialization of the USD pullback formed in the previous week. This pullback comes right after the spike (breakout) in the 30-year and 10-year US Government bond yield, which happened in the first week of 2021. The moves in the markets last week, especially on Friday, were highly correlated, USD pullback, a pullback in the commodities, and maybe the beginning of a pullback in the stock markets.

While we focus on the technical analysis and less so on the fundamentals, we always try to keep in mind, what is happening in the economy, what are the current policies of the Central Banks, and what these policies are targeting.

Therefore, it is interesting to notice that there is a connection between the talk about FED tapering, which some FED members started, and the spike in the yields and pullback in the USD. The investors are expecting that the FED will have to, at some point this year, reduce the amount of their bond purchasing. The question is when!

Because the COV19 pandemic is raging in the UK, EU, and the USA, it is unlikely to see the FED attempting to reduce their bond purchasing before the summer of 2021, and even then, it will be perhaps too early, according to the FED chairmen Powell who is signaling that the tapering will not happen before the end of 2021.

It is also interesting to notice, is that as soon as the tapering talks started to move the bond markets, the FED chairmen Powell was quick to try to put an end to that tapering conversation. Therefore, one can conclude that the FED are even trying to manage the pullbacks in the markets, looks like the last thing the FED needs righ now is higher volatility in the stock markets and in the steeper pullback. That is why we expect that in the next FOMC Press Conference on January 27th the FED chairman will used strong language to reassure investors, by confirming that the bond purchasing amount will not be reduced at least by the end of 2021 and the interest rates will remain low at least until 2023.

Last week we saw the first details of the Biden stimulus package, which is for 1.9TUSD, which include stimulus checks for 1400$. However, despite the fact that the Democrats have a majority of 51 votes in the Senate they will need 60 votes in the Senate to pass that stimulus package, they will need Republicans votes and it is unlike that they will get them. Perhaps that is one of the reasons that the initial markets reaction after the Biden stimulus announcement was not sustainable.

The COV19 pandemic is raging in the EU, UK and the US, with the hospitalization at higher level than the previous wave in winter of 2020. Hospitals are struggling in the UK, Germany and California and the UK was force to adopt more measure in order to reduce the COV19 spread, by announcing close all travel corridors from Monday, January 18 2021.

Next week will be an eventful one, we have bunch of Central Banks interest rates announcements and their Press Conferences and on top of that we have the Biden inauguration. Also, it is the beginning of the US earning seasons and we have some big companies to announce their earning during the week ahead.

Companies’ earnings dates, for some of the biggest companies:

Monday is a Bank Holiday in the US and therefore we will have low liquidity in the markets.

Have great and profitable week, stay focused, positive and keep your eyes on the details on the charts!

« Previous Post Silver – technical analysis for 2021
Next Post » Joe Biden sworn in as 46th president of the United States, and immediately rolled out a flurry of executive orders 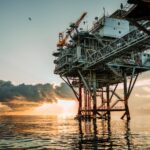 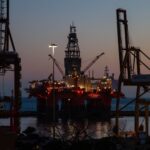 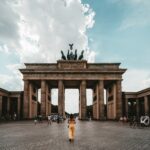